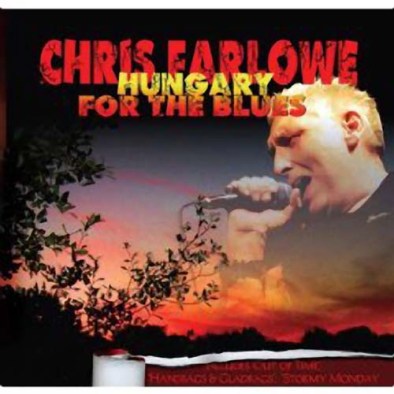 One of the great British R&B voices, this year Chris Farlowe celebrates 50 years in the business! He has worked with Jimmy Page, Mick Jagger, Eric Burdon and remains a favourite special guest of Van Morrison’s live shows and is most famous as a solo artist for his massively successful 1966 number one single Out Of Time.
Born John Deighton in Essex on 13 Oct. 1940, Chris Farlowe began his musical career with The John Henry Skiffle Group (inspired by his hero Lonnie Donegan) but after adopting a new name the band soon evolved into the R’n’R combo Chris Farlowe and The Thunderbirds (Farlowe being a nod to guitarist Tal Farlowe). The band recorded 5 singles on EMI’s Columbia Records but success came only after a move to Rolling Stones manager Andrew Loog Oldham’s Immediate label. Accordingly Farlowe got to record a lot of Jagger/Richards compositions including Think and his huge hit single Out Of Time with Jagger even sitting in as occasional producer. Also recorded on Immediate was the original Handbags And Gladrags, written by Manfred Mann’s Mike d’Abo for Chris. During 1965-1970 Farlowe was Immediate’s most prolific singles artist. Subsequent years saw him play with prog rockers Colosseum and the acclaimed Atomic Rooster before reforming The Thunderbirds. Chart success was achieved once again in ’75 with the re-release of Out of Time and the 80s, 90s and 2000s saw Chris guest on albums such as Jimmy Page’s celebrated Outrider as well as release his own albums The Voice, Glory Bound and 2003’s Farlowe That.
Hungary For The Blues was recorded live at the Gastroblues Festival Parks, Hungary on June 18th 2000, while tracks 13 & 14 were recorded live at Charlys Musickkneipe, Oldenburg on October 8th 2004. Joining Chris on Hungary For The Blues are Norman Beaker (Guitar), John Price (Bass), Paul Burgess (Drums, ex-10cc), Lenni (Saxophones) and Dave Baldwin (Keyboards), except for tracks 13 & 14 which feature Damian Hand (Saxophone) and Andy Kingslow (Keyboards). 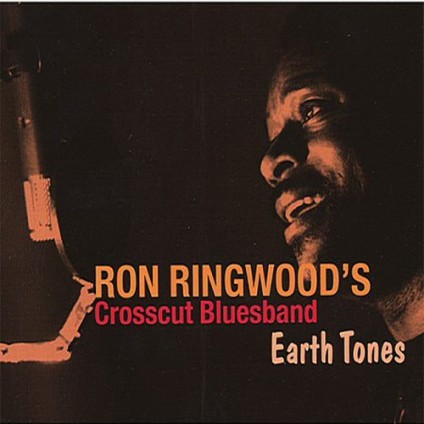 Listening to Michael Whittaker’s debut Earth Tones is a lot like glancing at postcards from a short but eventful trip around the globe, with each tune offering a different cultural vibe based on brief visits to Scotland, France, Asia, and Africa. The young but well traveled keyboardist/composer keeps the travelogue light and frisky, as if to say, my last stop was great, had fun, wish you were here, gotta go — which is to say he only scratches the surface of world music but still engages us nonetheless. There are a few attempts at deeper explorations, most notably “Quench the Thirsting,” whose Swahili chants encourage a singalong but speak of the tragic drought in Malawi, Africa. Combining Yanni’s flair for symphony light with Jon Anderson’s ethereal Irish flavors, Whittaker remembers a trip to the green fields of “Highland Air.” Draws from other diverse influences throughout, including 70s wah-wah guitar driven soul (“Coffee of The Day”) and Pat Metheny (“Write on Track”), Whittaker enjoys taking us on an upbeat search for his musical identity 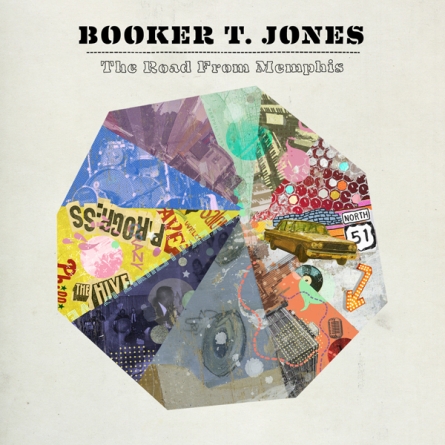 The Road from Memphis starts with a young Booker T. Jones hauling his stack of newspapers to Phineas Newborn s front yard where, while folding them for his after-school delivery route, he could listen to the jazz great practice piano. It ends with Booker and The Roots roaring through a set of both timeless and contemporary originals (and propulsive covers of Gnarls Barkley s “Crazy” and Lauren Hill s “Everything Is Everything”). Along for the ride are vocalists Matt Berninger of the National, Yim Yames of My Morning Jacket, Sharon Jones, Lou Reed, and Booker himself, telling the story of how the funk/soul sound that Booker helped invent spiraled out from Memphis, touching The Root s hometown of Philadelphia, New York (where engineer Gabe Roth has been recreating classic soul sonics for everyone from Sharon Jones to Amy Winehouse), and Detroit. Detroit as in Dennis Coffey, legendary Motown session guitarist who introduced driving rock funk rhythm to hits like “Cloud Nine” and “Ball of Confusion” by the Temptations, and brings his Detroit grit to these tracks. The Road from Memphis is classic Memphis soul, and classic Booker in the tradition of “Green Onions”, but beyond that it is the story of a sound, and how Booker, working with the inheritors of his sound, is keeping a tradition alive. 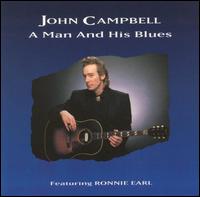 John Campbell lived a short life. And the shame of it is that his recorded musical legacy is short as well. A MAN AND HIS BLUES was recorded before John fell off into the hoodoo. It contains the type of music that made John a Blues legend in East Texas and Louisiana. The music is basic Texas Blues, not the dark and forbidding over produced stuff of the New york years. This is John as he was at Yakofritz or the Crossroads in Nacogdoches on those special Saturday nights.…

The content provided on this site is for promotion purposes only. If you like the music, please support the artists and purchase the CDs of the music you like. Files should be deleted within 24 hours. GranaziBar is not responsible for anything you may download. If you find any content that is violating the copyright law, please send an email to xotikosamothrakis at hotmail dot com and the content will be removed. Please note that songs are available for VERY short amount of time.If you like the music BUY IT.