This album Harvey Mandel album is entirely instrumental. Harvey Mandel played at the original Woodstock Festival with Canned Heat and on the Rolling Stones “Black and Blue” album among others. His music is a mixture of rock, blues and jazz. He has done sessions playing all of the types of music. He has much in common with such guitarists as Jeff Beck and Roy Buchanan who also play a similar type of music. All three of these guitarists are not good vocalists and are better suited for making instrumental albums. While his playing is not as technical as either Jeff Beck’s or Roy Buchanan’s styles, there is still much to enjoy. Harvey makes excellent use of the wah wah and other effects on this album. His playing is fluid and takes some interesting turns on occasion. Harvey Mandel was one of the first guitarists to utilize the “two-hand tapping” method of playing (Shangrenade album). This method became influential later in the seventies and eighties. My favorite cuts include the title track, “Freedom Ball” and “El Stinger” but every track is great. The band is very cohesive on this album and work well together. Larry Taylor a bandmate of Mandel’s from his days in Canned Heat and John Mayall’s band plays bass throughout this disk. It is hard to believe that Harvey Mandel’s instrumental albums with the exception of the first album were not better sellers at the time they were released. Fans of progressive instrumental guitar music should purchase this album as soon as possible before it goes out of print again.

The newly formed Maple Station is a Blues Band in the purest form. Classically obscure Blues and Gospel/Soul/Rock covers and original Masterpieces highlight the bands high energy set list. The Depth of their appreciation for the genre comes through in the extremely high quality of material that they cover in addition to the original material that will eventually add to the extensive pool of classic Blues standards. The band was founded by Silverado Records founders Patrick and Isaiah Flynn. The father and son duo was previously featured as part of the short lived but successful “Father Son Band” (FSB). FSB was a staple of local clubs throughout Napa and Sonoma County as well as appearances on Bay T.V. morning show and extensive national radio exposure. The second incarnation of the Father, Son Band includes Patrick’s God Son, Vito Triglia on Saxophone, The venerable North Bay drummer Nigel Bates, and Sonoma County vocalist extraordinaire Rose Conner. If you enjoy live Blues music in all it’s magical forms from Delta to Country to Chicago/Electric to Modern and everything in-between, Maple Station will satisfy your craving for gut wrenching and hard pounding American Blues music. 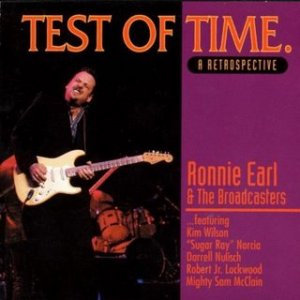 Test of Time collects the highlights from Ronnie Earl’s six Black Top albums. The 18-song compilation showcases one of the finest blues guitarists of the ’80s, picking nearly all of his finest material, which happen to include duets with Robert Jr. Lockwood and Hubert Sumlin. The album is an excellent introduction to Earl, as well as his most consistently entertaining release.

Harris was born and raised in Pasadena, California, and started an act called Don and Dewey with his childhood friend Dewey Terry in the mid 1950s. Although they were recorded by Art Rupe on his Specialty label, mostly utilizing the services of legendary drummer Earl Palmer, Don and Dewey didn’t have any hits. However, Harris and Terry co-authored such early rock and roll classics as “Farmer John”, “Justine”, “I’m Leaving It Up to You”, and “Big Boy Pete,” all of which became hits for other artists.
Harris was given the nickname “Sugarcane” by bandleader Johnny Otis and it was to remain with him throughout his life.
After separating from Dewey Terry in the 1960s, Harris moved almost exclusively over to the electric violin. He was to reappear as a sideman with John Mayall & the Bluesbreakers and Frank Zappa, most recognized for his appearances on Hot Rats, and on the Mothers of Invention albums Burnt Weeny Sandwich and Weasels Ripped My Flesh. His lead vocal and blues violin solo on a cover of Little Richard’s “Directly From My Heart to You” on Weasels, and his extended solo on the lengthy “Little House I Used To Live In” on Weeny are considered highlights of those albums. Reportedly, he was rescued from a jail term by Zappa. Zappa had long admired Harris’s playing and bailed him out of prison, resurrecting his career and ushering in a long period of creativity for the forgotten violin virtuoso. He played a couple of live concerts with Zappa’s band in 1969. 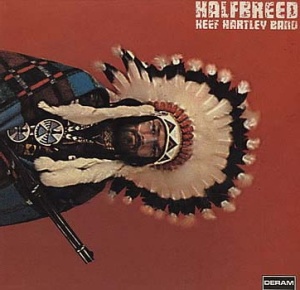 The Keef Hartley Band’s ”Halfbreed” is arguably the best English blues album ever recorded. Having just been fired from the drum kit in John Mayall’s Bluebreakers — Keef Hartley took with him seemingly the entire horn section of the Bluebreakers who had just recorded the great ”Crusade” album. Joining them was Gary Thain on bass (who would later show up on Uriah Heep’s best efforts like ”Demons & Wizards” and ”Look At Yourself.”), along with Spit James and Miller Anderson on guitars. Two incredably talented guitarists whose work on cuts like ”Born To Die” is as good as any work by better known guitarists, such as Clapton, Beck, Peter Green, etc. These guys were incredible. Miller Anderson also had a voice that was born to sing the blues — it is an incredibly expressive voice that carries so much strength, emotion and tenderness (when needed) that few singers are his equal. To fill it all out, Peter Dines was on piano and the Hammond B3 organ to give that fat sound that only a B3 can bring to the blues. Gorgeous stuff. Brash stuff. Blistering stuff. It’s all here. Their version of ”Leavin’ Trunk” will peel the paint off the walls and the aforementioned ”Born To Die” would easily make any Best 10 Cuts of English Blues albums that were really worth their salt. This album was, for me, in 1969 when it was released, the high-water mark of English Blues. These guys were incredible. 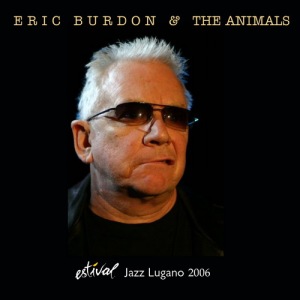