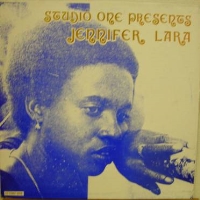 Jennifer Lara released her debut album for Coxsone Dodd’s Studio One label in 1974. ‘Studio One Presents Jennifer Lara’ was an instant success, along with a massive hit single with ‘Where have all the good men gone?’. Also several notable contributions as duet or backing singer, with Freddie McGregor on ‘I Am Ready’, and in the eighties with Prince Far-I, Henry Junjo Lawes and Tristan Palmer. In the nineties she worked for King Jammy, on ‘I wanna sex you up’ with Thriller U [!!], ‘You Turn me on’ with Bounty Killer and ‘Stop’ with Major Mackerel.

One of the biggest success stories of the Woodstock Festival and movie, Sly & The Family Stone built up their international reputation in the years prior to 1969 with such ground-breaking albums as “Dance To The Music” and “M’Lady”. Sly successfully fused soul, funk and rock, in a totally natural way.The music he created then (and in classic later works like There’s A Riot Going On) changed the face of black music for ever. Sly’s ideas not only influenced those working at the popular end of black music (paving the way for such artists as Prince) but also the creative jazz process (affecting the music Miles Davis made on such albums as “On The Corner” and subsequently laying the groundwork rhythms for groups like Herbie Hancock’s Headhunters). “Precious Stone: In The Studio With Sly Stone” is a fascinating exploration of how Sly was to so convincingly integrate rock with dance music. It captures the early recordings he made tor the Autumn label when, as Tom Donahue and Bob Mitchell’s house producer and A&R staffer, the 19-year old Sly also cut many early 60s West Coast rock sides with bands like The Beau Brummels. Between 1963 and 1966, Sly was also leading the house band and MCing at Bay Area spectaculars at the Cow Palace, DJing on KDIA and KSOL and, generally, pulsing to the heartbeat of the emerging West Coast rock and R&B scenes. From the start, Sly produced his own sessions tor Autumn. Often these were unfinished, probably no more than demos or ideas for other artists to use. I’ll Never Fall In Love Again is included here in a fast, previously unissued, version by Bobby Freeman. Sly liked the song enough to include it later on his own “Dance To The Music” album. Freeman also cut C’mon And Swim for Sly and it blasted to the top of the charts, propelling Freeman to the premier position at Autumn. Also of great interest are 4 previously unissued demos Sly made with Billy Preston (all probably remained in the can as Preston was then signed to Vee Jay) and a previously unissued Dance All Night with brother Freddie (later of The Family Stone). 16 of the cuts are previously unreleased tracks. Alec Palao’s detailed sleevenotes tell the early Sly story and the whole package is a must both for fans of Sly Stone and those who savour all things West Coast pop.

Fela Kuti ( 15 October 1938 – 2 August 1997), was a Nigerian multi-instrumentalist, musician, composer, pioneer of the Afrobeat music genre, human rights activist, and political maverick.This is the re-release of the old Barclay album by the same name from the 1970s, now taking advantage of better mastering techniques. The album is split into two discs, stylistically the “Jazz Side” and the “Dance Side.” Admittedly, this is a rather difficult task to undertake, dividing the songs into their components. Fela had a huge amount of jazz influence embedded in his music, including the songs made primarily for dancing. And even the more free jazz-oriented numbers were created in part to make people dance. As such, separating the two is an endeavor doomed in part. Despite this difficulty, the split is made decently well, with the more outstandingly leaning numbers on either side being displayed for the listener. The jazz side includes “JJD,” “Roforofo Fight,” “Sorrow Tears and Blood,” “Water No Get Enemy,” and “Just Like That.” The dance side includes a small piece of the incomparable “Kalakuta Show,” “Perambulator,” “Pansa Pansa,” and “Eko Ile.” Each piece is a masterwork in and of itself. As such, the highlights have a hard time standing out from the filler, with all pieces being a highlight of some sense. “Perambulator” shows off some incredible instrumental work from Africa 70, and “Just Like That” on the jazz side showcases a nice bit of call and response. For a basic introduction to Fela’s sound, this doesn’t make a bad album to pick up. The Best Best of Fela Kuti is comparable in this respect. For the collector, the original albums (now remastered) would perhaps be more comprehensive certainly, but this still makes a good addition to the collection for its attempt at showing a couple of aspects separately. Either way, pick it up for at least one listen.

Theodore Joseph “Ted” Horowitz (born March 31, 1960, The Bronx, New York City, United States), who plays under the stage name of Popa Chubby (a play on the slang idiom “pop a chubby”, meaning to get an erection), is an American electric blues singer, songwriter, and guitarist.Although he grew up in the 1970s, Horowitz was influenced by artists of the 1960s, including Jimi Hendrix and Cream, among others.Horowitz first came to public attention after winning a national blues talent search sponsored by KLON, a public radio station in Long Beach, California. He won the New Artist of the Year award and as a result was chosen as the opening act at the Long Beach Blues Festival in 1992.

This album represents a wonderful blending of blues and jazz, with superb musicianship and a great production. Mellow, moody, and moving, Earl is the star but he allows plenty of space for sax and keyboards to take center stage in turn. This is an album of instrumentals, and as the title suggests, it has a relaxed atmosphere that demands deep engagement with the listener. When I play this cd I just get drawn in and find myself grooving silently with it. I play guitar so I really love listening to Earl’s delicate touch, but this is not an album for muso’s where competence replaces emotion. In fact it is the exact opposite – being soulful and engaging. I find that everyone I play this album to has the same reaction — ‘what is that? – it’s beautiful’ -especially people who think they do not like jazz. As an earlier reviewer said, I also give this a gift to people – as Earl seems to have given us this music as a reminder of how special life can be, and it seems appropriate to pass this on. Earl has been though some tough times with addiction and this album represents a cleansing and a new found appreciation for life. If ever music could communicate such feelings, I think this album does. Treat yourself to a reminder of what music can do for us – this is special. 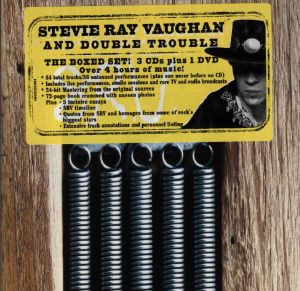