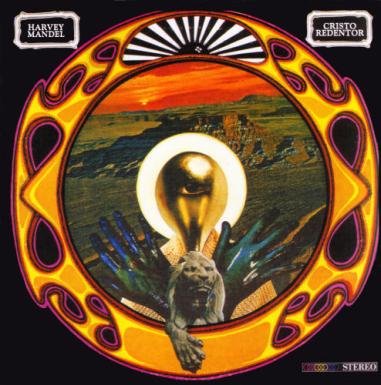 In the mold of Jeff Beck, Carlos Santana, and Mike Bloomfield, Mandel is an extremely creative rock guitarist with heavy blues and jazz influences. And like those guitarists, his vocal abilities are basically nonexistent, though Mandel, unlike some similar musicians, has always known this, and concentrated on recordings that are entirely instrumental, or feature other singers. A minor figure most known for auditioning unsuccessfully for the Rolling Stones, he recorded some intriguing (though erratic) work on his own that anticipated some of the better elements of jazz-rock fusion, showcasing his concise chops, his command of a multitude of tone pedal controls, and an eclecticism that found him working with string orchestras and country steel guitar wizards. Mandel got his first toehold in the fertile Chicago white blues-rock scene of the mid-’60s (which cultivated talents like Paul Butterfield, Mike Bloomfield, and Steve Miller), and made his first recordings as the lead guitarist for harmonica virtuoso Charlie Musselwhite. Enticed to go solo by Blue Cheer producer Abe Kesh, Harvey cut a couple of nearly wholly instrumental albums for Phillips in the late ’60s that were underground FM radio favorites, establishing him as one of the most versatile young American guitar lions. He gained his most recognition, though, not as a solo artist, but as a lead guitarist for Canned Heat in 1969 and 1970, replacing Henry Vestine and appearing with the band at Woodstock. Shortly afterward, he signed up for a stint in John Mayall’s band, just after the British bluesman had relocated to California. Mandel unwisely decided to use a vocalist for his third and least successful Philips album. After his term with Mayall (on USA Union and Back to the Roots) had run its course, he resumed his solo career, and also formed Pure Food & Drug Act with violinist Don “Sugarcane” Harris (from the ’50s R&B duo Don & Dewey), which made several albums. In the mid-’70s, when the Rolling Stones were looking for a replacement for Mick Taylor, Mandel auditioned for a spot in the group; although he lost to Ron Wood, his guitar does appear on two cuts on the Stones’ 1976 album, Black & Blue. Recording intermittently since then as a solo artist and a sessionman, his influence on the contemporary scene is felt via the two-handed fretboard tapping technique that he introduced on his 1973 album Shangrenade, later employed by Eddie Van Halen, Stanley Jordan, and Steve Vai.

Nearly thirty-five years ago “Whiskey In The Jar” became a humongous hit for Thin Lizzy. Since then the song has become a Rock classic, having been recorded by countless musicians, ranging from the Irish Folk band The Dubliners to the Heavy Metal dinosaurs Metallica, who issued the tune as their Millennium single. But no-one has ever captured the essence and the unique feel of “Whiskey In The Jar” like the man who created the original guitar parts: Eric Bell, the first guitarist and founding member with Thin Lizzy, who still creates magic when he picks up his guitar and plays the instantly recognizable intro.
Lately Eric Bell is back on the road playing what he loves best, the Blues. When Thin Lizzy first started Eric played the Blues to enthusiastic crowds, which packed the bars and clubs around Belfast, before everything changed when “Whiskey In The Jar” became a huge hit and propelled the band to legendary stardom. But Eric never gave up his love for Blues music, and nearly thirty-five years later Eric has returned to his musical roots and is once more exploring and recreating songs from his beloved Blues heroes such as Albert King, Freddie King, Buddy Guy, Howlin’ Wolf, Albert Collins and Elmore James. 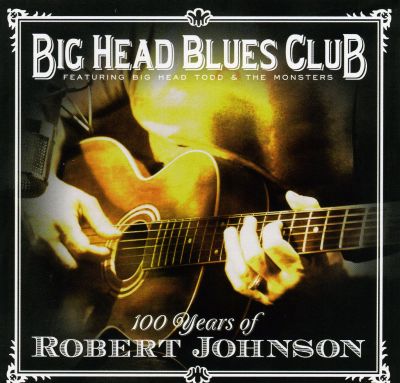 Big Head Blues Club is actually Big Head Todd And The Monsters, with several very special guest musicians. The album, as the title suggests, is a tribute to Robert Johnson, who was born on May 8, 1911. Robert Johnson has had a tremendous influence on the course of popular music – not just blues, but rock and folk as well. Anyone who knows anything about music has heard of him, which is amazing considering he actually recorded only twenty-nine songs, and all of them were in 1936 and 1937. He died at that weird and notable age of 27 (paving the way for Brian Jones, Jimi Hendrix, Janis Joplin, Jim Morrison, Ron “Pigpen” McKernan, and Kurt Cobain – who all died at that same age). His death as well as his life is the stuff of legend. The story is that he had made a deal with the devil, promising his soul in order to become a master musician. And then in 1938, he was playing at a country dance in Mississippi. As the story goes, Johnson was flirting with a married woman (in some accounts, she was the wife of the owner of the venue), and her husband poisoned him, putting strychnine in his open bottle of whiskey.
This CD showcases ten of Robert Johnson’s best songs, and features some amazing guest musicians, including B.B. King, Ruthie Foster and Charlie Musselwhite.

This is an outstanding reissue that deserves a listen by all blues fans. Mayall’s legacy may well be assembling and recognizing talent long before those individual’s move on to become household names. Here however, Mayall keeps the formula simple by adding the trumpet of Blue Mitchel and Sax of Clifford Solomon with the guitar of Freddy Robinson and the precussion of Ron Selico for some fantastic, ahead of its time, Blues with a Jazz flavor. Stand outs are the Trumpet led “Good Times Boogie” and the jam, “Exercise In C Major For Harmonica” If you missed it the first time around on vinyl, be sure and pick it up on CD. Simply outstanding.