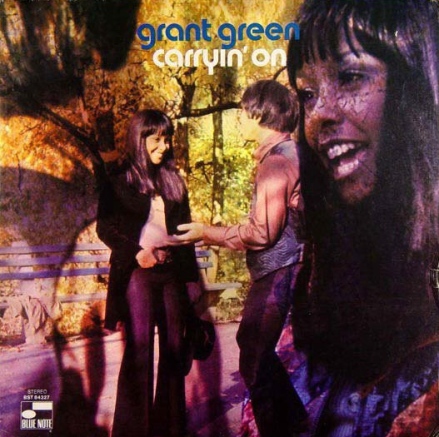 Grant Green (St. Louis, Missouri, June 6, 1935 – New York, January 31, 1979) was a jazz guitarist and composer. Recording prolifically and almost exclusively for Blue Note Records (as both leader and sideman) Green performed well in hard bop, soul jazz, bebop and Latin-tinged settings throughout his career.
Having firmly established himself as the ’60s jazz guitarist second only to the great Wes Montgomery , Grant Green was willing and able to move into something new and give himself up to the emerging funk wave that would seep across the ’70s.
Hypnotically rhythmic and quintessentially grooving, the five tracks on this album are all exceptionally tasty bursts of authentic funk. “Carryin’ On” contains two solid covers, The Meters’ “Ease Back” and James Brown’s “I Don’t Want Nobody To Give Me Nothing (Open Up The Door I’ll Get It Myself)”.
Neal Creaque’s “Cease the Bombing,” (later covered by Pucho & His Latin Soul Brothers ) floats like a smooth sailing trip across the ether with Green majestically at the helm.
Recorded at Rudy Van Gelder Studio, Englewood Cliffs, New Jersey on October 3, 1969.

Although a major across-the-board hit always eluded the poet, singer, and activist Gil Scott-Heron, this album does contains one of his best-known songs. “B-Movie,” an extended attack on Ronald “Ray-gun,” unleashes 12 minutes of vitriol about the then recently elected president. Beginning with the declaration “Mandate, my ass,” it’s a laundry list of fears about Reagan, fantasizing that his election meant “we’re all actors” in some surreal film. Delivered over a taut funk groove, parts of it are still funny. Elsewhere, Scott-Heron takes an early stab at endorsing firearm control on “Gun”; slows things down for “Morning Thoughts”; and explores reggae’s rhythms and revolutionary power on “Storm Music,” a direction he’d pursue more fully on his next album, Moving Target. The disc also includes a pair of covers that offer varying degrees of success: Bill Withers’ “Grandma’s Hands” is a natural for Scott-Heron’s warm baritone and a bright soul-jazz arrangement from the Midnight Band, but the version of Marvin Gaye’s “Inner City Blues,” while it swings convincingly, has a lengthy spoken-word riff that fails to embellish on the pain implicit in the original. Overall, Reflections doesn’t capture Scott-Heron at the peak of his game, though anyone who enjoyed the other works from his Arista period certainly won’t be disappointed.

Harris was born and raised in Pasadena, California, and started an act called Don and Dewey with his childhood friend Dewey Terry in the mid 1950s. Although they were recorded by Art Rupe on his Specialty label, mostly utilizing the services of legendary drummer Earl Palmer, Don and Dewey didn’t have any hits. However, Harris and Terry co-authored such early rock and roll classics as “Farmer John”, “Justine”, “I’m Leaving It Up to You”, and “Big Boy Pete,” all of which became hits for other artists.
Harris was given the nickname “Sugarcane” by bandleader Johnny Otis and it was to remain with him throughout his life.
After separating from Dewey Terry in the 1960s, Harris moved almost exclusively over to the electric violin. He was to reappear as a sideman with John Mayall & the Bluesbreakers and Frank Zappa, most recognized for his appearances on Hot Rats, and on the Mothers of Invention albums Burnt Weeny Sandwich and Weasels Ripped My Flesh. His lead vocal and blues violin solo on a cover of Little Richard’s “Directly From My Heart to You” on Weasels, and his extended solo on the lengthy “Little House I Used To Live In” on Weeny are considered highlights of those albums. Reportedly, he was rescued from a jail term by Zappa. Zappa had long admired Harris’s playing and bailed him out of prison, resurrecting his career and ushering in a long period of creativity for the forgotten violin virtuoso. He played a couple of live concerts with Zappa’s band in 1969. 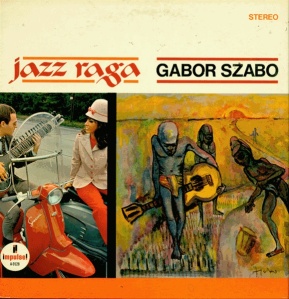 Although largely ignored today except by astute guitar students, the late Gabor Szabo left behind a large body of work that is still very much misunderstood. A descendent of Hungarian gypsies, Szabo’s guitar style was very much in line in with his heritage, full of dark and mysterious textures that were the antithesis of the modern jazz guitar sound of the ’50s and ’60s. For this out-of-print LP, not only does he play guitar, but he overdubbed sitar on all but one of the numbers. With originals that include “Mizrab,” “Search for Nirvana,” “Krishna,” and “Ravi,” the influence of Indian music is quite strong, and this must be the only album to have versions of both “Caravan” and The Rolling Stones’ “Paint It Black.” Szabo, who is joined by bassist Johnny Gregg, drummer Bernard Purdie and sometimes guitarist Bob Bushnell, emphasizes trance-like songs, but despite (or maybe because of) his attempts to be “with it,” the music is somewhat dated today.

Amazing is the only way to describe Bruce Katz piano and Hammond B-3 organ playing. He has awesome technique along with that important something extra – soul. The Bruce Katz Band also features Lorne Entress, drums; Mary Ballou, bass; Kevin Barry, guitar; and Bob Malach, sax. A wildly exciting and energetic trip. This is roots music at its best. Strictly a must buy.
After many years as a side man, Bruce Katz stepped out on his own in 1992 to record Crescent Crawl. Although it is an all-instrumental album, Katz is the “frontman” on this recording, taking the spotlight — and most deservedly so — on both piano and Hammond B-3 organ. Crescent Crawl blurs the line between blues and jazz (the utilization of an upright bass assists in this effort). The title tune has — as you would expect — has a New Orleans groove. “Contrition” appeared on Ronnie Earl’s Still River a few years later when Katz was a member of Earl’s band, although this version is a bit more understated. Both “Contrition” and “BK’s Broiler” feature Katz on the B-3. “Buzz Cut” is essentially a swing tune, but one with a funky feel thanks to guitarist Kevin Barry’s rhythmic backing. Billy Preston’s “Will It Go Round in Circles” is superb. Katz closes with a harmonically complex solo piano version of “Just a Closer Walk With Thee,” a tune he also included in every live gig in the early ’90s. This disc is about loose definitions of blues and jazz, strong grooves, and, first and foremost, improvisation

The ’90s lounge revival and the hubbub surrounding acid jazz would seem ideal reasons for veteran jazz organist Jimmy Smith to pull rank and power up his Hammond B-3 for the sort of greasy grooves and ur-funk riffs that remain the blueprint. Instead, Smith pulls a smarter move: subtitled “Ballads & Slow Jams,” the set finds him teaming with younger labelmates Roy Hargrove, Nicholas Payton, Mark Whitfield, and Christian McBride and downshifting into a program of ballads culled from jazz and classic- pop perennials. From Oliver Nelson’s “Stolen Moments” and Neal Hefti’s “Lil’ Darlin'” to slices of Mancini, Gershwin, and Matt Dennis’s title song (forever associated with Sinatra), a slow jam by any other name translates to make-out music–in this case, of the most elegant, highly satisfying order. 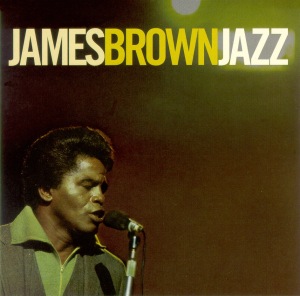 Not socking soul, but laidback jazz – an under-acknowledged side of James Brown’s career, presented fully in this excellent collection of work from the 60s! The package shows a growing sophistication in James’ music as the 60s moved on – not just in his vocals, which were surprisingly suited to a jazzy ballad, but also in his instrumental work on organ – which is featured here in a few key cuts that step out strongly! And even if you’re a fan of The Godfather for many years, there’s still some important highlights here – as a number of tracks are rare versions or previously unreleased – including “That’s My Desire (alt mix)”, “After You’re Through (extended version)”, “Tengo Tango”, “Home At Last (alt mix)”, “There (unreleased version)”, “What Do You Like (stereo single edit)”, “Go On Now (alt mix)”, “For Once In My Life (alt mix)”, and “Cottage For Sale (alt mix)” – along with already issued tracks “All The Way”, “Why Am I Treated So Bad”, and “All About My Girl”