If you like great blues guitar playing, soulful singing AND cool songwriting, then this album is for you. Special guest Buddy Guy’s bro Phil featured on several songs.
“Colin John is a bona fide triple threat. His guitar playing is freewheeling and intense but firmly grounded in the blues idiom. His singing is full-bodied and soulful. Finally, his songwriting skills are complex and mature. He is such a good guitarist that his playing skills alone make his music worth a listen.
But this guy can sing, too. John delivers his vocals with a passion and intensity hardly matched by most and doubtlessly exceeded by few. Like any good singer, he effortlessly conveys a full range of feeling- from humor to gravitas- making each song a different emotional experience.
And Speaking of songs, Colin John pulls another trick from his mojo bag-some of the most original songs you’ll ever hear a bluesman perform. John goes far beyond the expected twelve bar format of traditional blues, blending r & b, funk, jazz, pop and blues into a genre-defying mix that consistently satisfies. Contrary to expectations, the music does not suffer from John’s chameleon-like songwriting-if anything the variety reinforces the maturity and complexity of his work.
Anyone who goes to a Colin John gig is in for a great time. I watched these guys play and they are a smoking live act. The band includes Steve Calabria on bass, Chris Queen, organ and Scott Turner, drums. For blues fans and fans of good music, I strongly suggest you check out Colin John and his band. You won’t be disappointed.”

On this thoroughly enjoyable outing, the elder blues statesman does not stray from the formula that made the Grammy-winning Blues on the Bayou such an artistic and commercial success. Recorded at Dockside Studios in Lafayette, Louisiana, and once again produced by B.B. himself, the disc features a similarly rough and tumble electric trad-blues style. The five new songs are up to his usual standards, and all 14 tracks benefit greatly from the lithe, assured support of B.B.’s touring band, the B.B. King Blues Boys. His voice and guitar playing are supple and slinky; if only we all could be doing such vital, wonderful work at the age of 74. 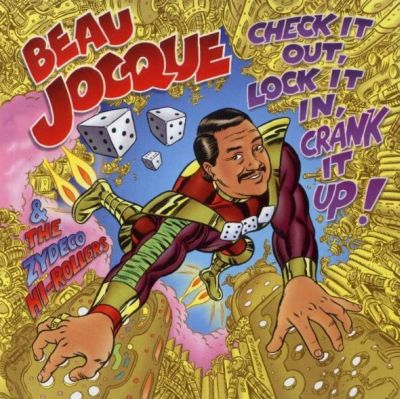 Easily the biggest zydeco star of the 1990s, Beau Jocque heralded the rise of the genre’s new, urbanized style; infusing his high-octane sound with elements of rock, soul, hip-hop and even reggae, he bridged the gap between traditional Creole culture and contemporary music to create a funky, bass-heavy hybrid calculated for maximum mainstream appeal. Rounder has released some prime examples of contemporary zydeco, as this release from Beau Jocque and the Zydeco Hi-Rollers makes evident. Beau Jocque and company pound out some high-energy music here. This is not meant for relaxed listening; this is party music. Good-time classic “Keep a Knockin'” is given the full treatment, including a killer Hammond B3 solo. “Slide and Dip It” comes in two mixes: one zydeco and one “party dip.” Both are guaranteed to get your house rocking. “Going Down to the Country,” on the other hand, is a raw swamp blues while “She Wants to Sell My Monkey” is all but indescribable. Top these off with an outrageous cover of funk standard “Tighten Up” and you have a nonstop winner. These guys put the “Z” in zydeco!